"Develop a passion for learning. If you do, you will never cease to grow." - Anthony J. D'Angelo

Why is it that babies are always drawn to the least safe or convenient places in the house to play? Noah has recently decided that the kitchen is the ULTIMATE play space. I have no problem with him playing with pots and pans, but the issue is, we are living with my parents while I go to school and the house is most certainly NOT baby proof. The wine bottles from the built in wine rack have only very recently been moved to a higher cupboard, and while we do have baby locks on most of the cupboards, there are about a thousand cupboards and drawers in my parents’ kitchen and not everyone remembers or wants to put the child locks back on after they have been opened. 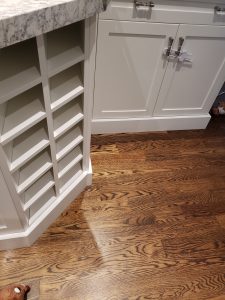 Opening, closing and pulling things out of cupboards has become Noah’s key initiative over the last few weeks. Now that he is walking, and moving onto running, it is also getting harder and harder to stop him before he gets into something he shouldn’t. He has also realised that food comes out of the fridge and that is just too exciting! Luckily, he isn’t strong enough to open those doors yet, but he spends an awful lot of time trying. 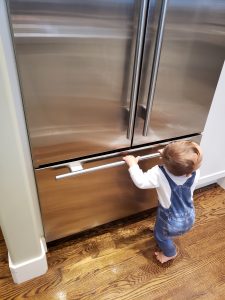 Noah doing his best to get that freezer drawer open 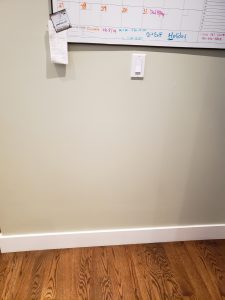 Noah’s absolute fascination with opening and closing things has also cemented the idea that I should include some cupboard doors on his busy board somewhere.

So, so far, I know where his busy board will go and that it must include:

Theme by Anders Noren — Up ↑